laura 2011 May 30, Monday 2017 February 13, MondayConstruyendo capital humano, Sin categoría
In recent years, there has been a significant development of Corporate Social Responsibility. Nevertheless, since the outbreak of the crisis, we have seen an alarming growth in unemployment and precarious employment conditions, particularly among youths. Does this mean that CSR strategies on employment and work quality are easier to implement in times of abundance when they do not require such sacrifice for the company, while facing the crisis these are rapidly put aside?
As you can imagine it’s a difficult question, in the sense that in good times, we always assume that CSR is going to continue that way. If you look back at history, including in our own corporation, this has not been the case. If I broadly define CSR as being values-based, our company was created in times of crisis. This explains why we have not done the same as others, by drastically reducing on CSR. You cannot just change your policies when times are bad.
First the notion of employment and work are related to how you function as a corporation. It always relies on the state of economic situation, of course. If there is more or less economic activity, it will mean, de facto, that you will need more or less people. The question with regard to CSR, is how do you handle that downsizing which needs to happen not only on employment, but in all economic activity. So within the company, there will be employment, less promotion, less marketing. So it will affect everything. The question is how do you handle that? And there I would say there are some companies who maintain a long-term vision, and who would say employment is the last thing you should touch, based on your values.
If you create a corporation, and you have it underpinned by certain values, and that is what will drive you through your different processes, if you compromise on those values, it is like touching the very heart of who you are. There are companies who have done it. Certainly if you look back over the last two years, and compare with let’s say 10 years ago, with all the hype of the companies who joined the bandwagon. I was sometimes amazed – there were many companies who would proclaim all their successes in employment, in their work, the quality of work they offered, the satisfaction of their emp 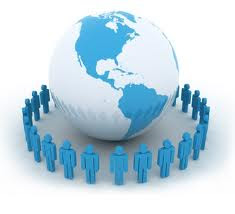 loyees. Yet on the other hand, we see now that it was more a PR exercise.
So to be honest, when the crisis came, I was surprised at those who decided to leave the field proclaiming that it was a luxury. I don’t believe you can consider your human capital as a luxury, as a “nice to have”, but if you don’t need it you get rid of it. The question is if you downsize, my question would always be “can you do it in a responsible way?”.
And employment and work are always one of the first indicators in times of crisis, and in actual fact I would see these as disconnected from CSR as such. In the same way that they are indicators of when times get better, and people get re-employed. I just heard yesterday that the number of new companies starting up this year is 3% higher than last year. For the first time, companies are starting to hire again. And it’s not given as a sign of how responsible companies are, it’s just that the economy is picking up again.
In terms of employment quality, one important element during the crisis was those left behind in the company, who still had to maintain the levels of productivity, and there were less of them – so this added considerable stress on the workforce in general. This is regardless of any values you share within your corporation, and I often wonder what impact this will have. I only hope that you have units or leaders who will respect and understand this; but often you see that the expected outputs and the ambitions remain the same, business plans do not change, but just with less people – and this just adds to the stress of the people who remain in the company. And in this regard it will affect the quality of work.

Another impact of the economic crisis has been the increase social demands for a new economic model, and we are beginning to speak of concepts such as “the economy in the service of social values”, “the development of an economy of proximity to face the globalised economy”, “CSR in a globalised world”, “helping others to develop”, “Public-Private partnerships”… What, in your understanding, are the biggest challenges facing companies in coming years, in order to implement a new societal model? What is the potential role of social innovation in this realm, and where should it focus its attention?
I think there are probably three main issues here.
The first is that there is this fear within many companies that stakeholder management means that you cannot take decisions alone anymore. I think it’s a gross misunderstanding. Many people say that if you engage in a values-based approach, bringing in stakeholders to help build and drive your future, they would argue that one of the key challenges is taking the right decision if it has to take into account the views and expectations of the different stakeholders. Now I think that’s probably one of the biggest misunderstandings about stakeholder management. But it’s no excuse not to decide! You still have to make a decision!
The thing that stakeholder management needs to bring – and this is what leadership in corporations are trying to understand – is “how can I move forward, and how can I give evidence of the value we would have in a given setting, but still decide. This may not be pleasant for certain stakeholders. Therefore you need to manage that kind of expectation from them. This in itself is stakeholder management. And what is satisfactory to one stakeholder may actually be just the opposite for another.

I often give this example: when I was sitting in a panel of NGOs in Belgium discussing health care technology, and one person said that some of the products we are selling in Africa are far too expensive. 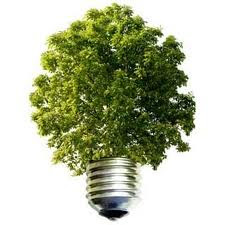 One must consider the difference between formal reality and informal reality. Formally, eveeryone is there to deliver. There are processes which are established for personal development, but they are pre-determined, pre-formatted.
Next to that, we have informal reality. You can expose young people to different ways of thinking. Here you see some innovative initiatives. Suddenly people have an eagerness to learn new things, in new ways, but not along a pre-determined path and formal processes. For instance, a manager at J&J asked to take a sabbatical for 12 months. At first, the position of management was defensive, in that they did not want to lose him, wanted to protect their interests. They accepted, and when he came back from the sabbatical, shared what he’d learned, how he’d reconnected, his motivation and dedication to the company were such that we now proactively encourage people to do this. There is no formal process, we are testing different models (different conditions, under salary, sabbatical…) where you step out but remain connected to the company. We have tested this with several people, and all have come back with increased loyalty to the company, and also an immense experience they never had before.
If we compare the outcomes of the MBA programmes and other training & education programmes we (J&J) finance each year for our staff, with the outcomes of minor investments of sabbaticals etc, the outcomes are often much more positive when you encourage people to go their own way, for instance to work as a change manager in a community hospital in Tanzania, rather than attend an executive MBA programme.
But you need to be able to prove that, and the minute you formalise these informal processes, you put them in a box, set policies, etc. you make it part of the traditional track. The principle of a values-based corporation is quite lose, you have a centre, you have a core, and then you have outer circle which works in osmosis with society outside. This needs to remain informal, maybe even without formal approval! There are some formal elements of course – they are expected to explain the plan, expected achievements in their project, and deliver a report including how it affected them personally, and the community in which they work.
Some companies in Silicon Valley go even further: they encourage staff to do what they want for 1 or 2 days a week! While this of course cannot work for everyone, alot of innovation, outputs, productivity and value for the company as well as for the individuals can come out of such informal systems.