Within the framework of the International Year of Languages 2008, the United Nations University/ UNESCO 2008 Conference on “Globalization and Languages: Building on our rich heritage” has taken place in Tokyo on 27and 28 August 2008, with focus on exploring the contribution of linguistic diversity and multilingualism to development and their value for dialogue, social cohesion and peace. 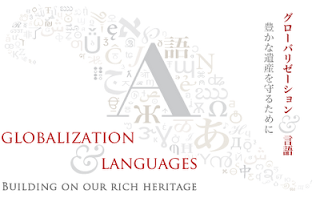 One of the conferences was titled: “The right to education and language proficiency” and was presented by Gabriele Mazza, Director of Education and Languages of the Council of Europe. Hereafter follows an excerpt of its introduction.

The right to education is enshrined in the European Convention on Human Rights and Fundamental Freedoms of the Council of Europe, and other international instruments. This right can only be fully exercised if learners have the language competences expected by the school. Equal access to the full curriculum is highly dependent on language proficiency which determines whether learners can meet the expectations of the curriculum and proceed successfully through each successive stages of education.
All learners have an entitlement to quality education. Young people may be denied this entitlement or disadvantaged in their attempt to exercise it because of a lack of certain language competences. They may come from socially disadvantaged backgrounds and come to school without the secure foundation that others enjoy, or they may be migrant children or indigenous minorities who are competent in one or more languages but have difficulty with the language of instruction in school. The more abstract and formal, structured ‘academic’ language of the school can be quite different from the vernacular language variety of many learners.
The Directorate of Education and Languages (Language Policy Division) of the Council of Europe has therefore begun to develop a framework of reference for the main languages of schooling to support our member states in their efforts to raise achievement in language. More …